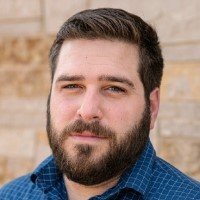 Congratulations to Charley Wessberg, M.S., CCS – WHIMA Rising Award Recipient for 2022! Charley was recognized for this award at the WHIMA Annual Conference in Elkhart Lake! The objective of the Rising Star award is to identify and honor promising new professionals who have the potential to make significant contributions to their careers. A professional who has been credentialed within the last seven years who demonstrates contributions to local/state HIM association and exhibits significant potential for future leadership and innovation.

Charley has been a very impactful member of the HIM profession and community. He has been employed at UW Health for several years in positions such as Coding Trainer, an HIM Supervisor, and is currently a Supervisor over physician training. Regardless of the role, he has HIM as the primary focus of all he does. Charley has been an active member of WHIMA. He has led teams and is often a go-to for members. His qualifications are many –  including a Bachelor’s degree in HIM, a Master’s degree in Healthcare Informatics, a Technical degree in Medical Coding, and a Certified Coding Specialist certification. He was awarded the WHIMA Spirit Award in 2019, received a WHIMA Scholarship, is the current co-lead of the WHIMA Fall Conference lead, and has recently assumed the role of a 1st-year Director on the WHIMA Board of Directors.  Charley has been a rising star for several years and will continue to make advancements in the profession as well as WHIMA!

Charley – Congratulations on this well-deserved award!

Congratulatory emails can be sent to Charley at CWessberg@uwhealth.org.